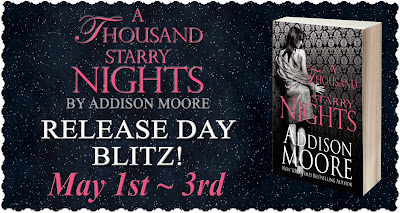 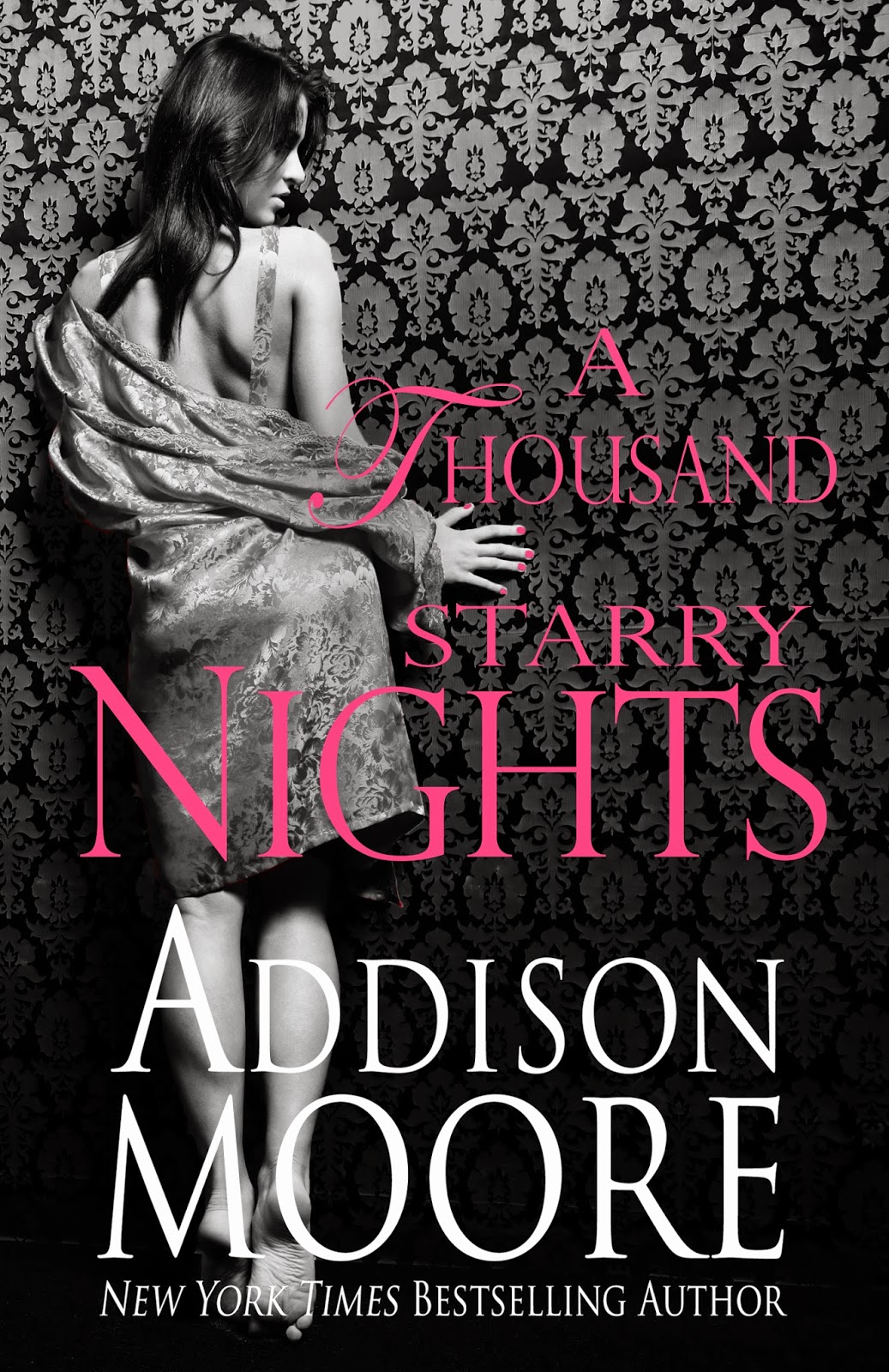 For as long as I can remember I have wanted Aspen as my wife. The day I lost her, I could hardly stand to breathe. I want her back in the worst way. I don’t take losing very well. Aspen will be mine again. I need to have her. And I will.

Carter is back in my life. Long ago, we flew so close to the sun we were scorched by the twisted labyrinth of our own making. And now, here he is again, front and center, as if nothing ever happened. I doubt Carter and I stand a chance. In fact, I believe we were doomed right from the start.

Carter is driven to Aspen.

Aspen is determined to stay away from Carter.

When their hearts collide once again, their love burns brighter than A Thousand Starry Nights. 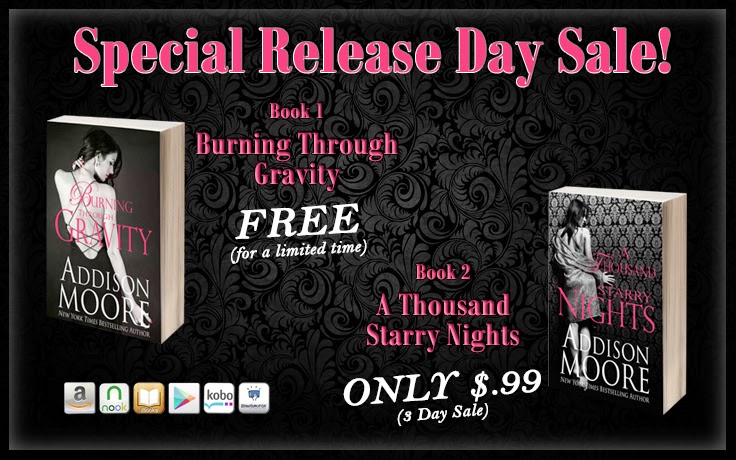 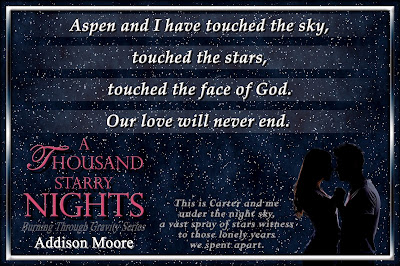 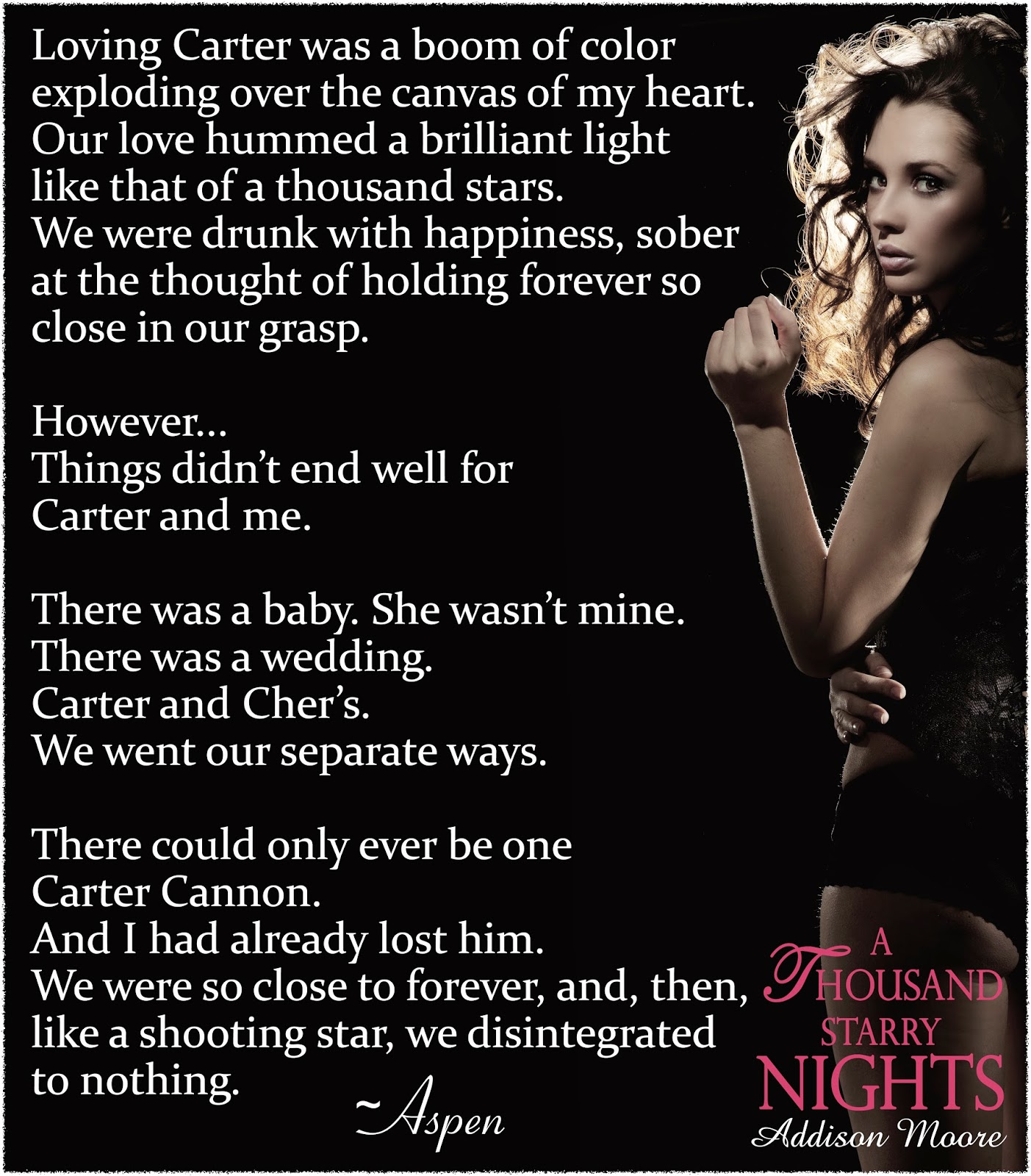 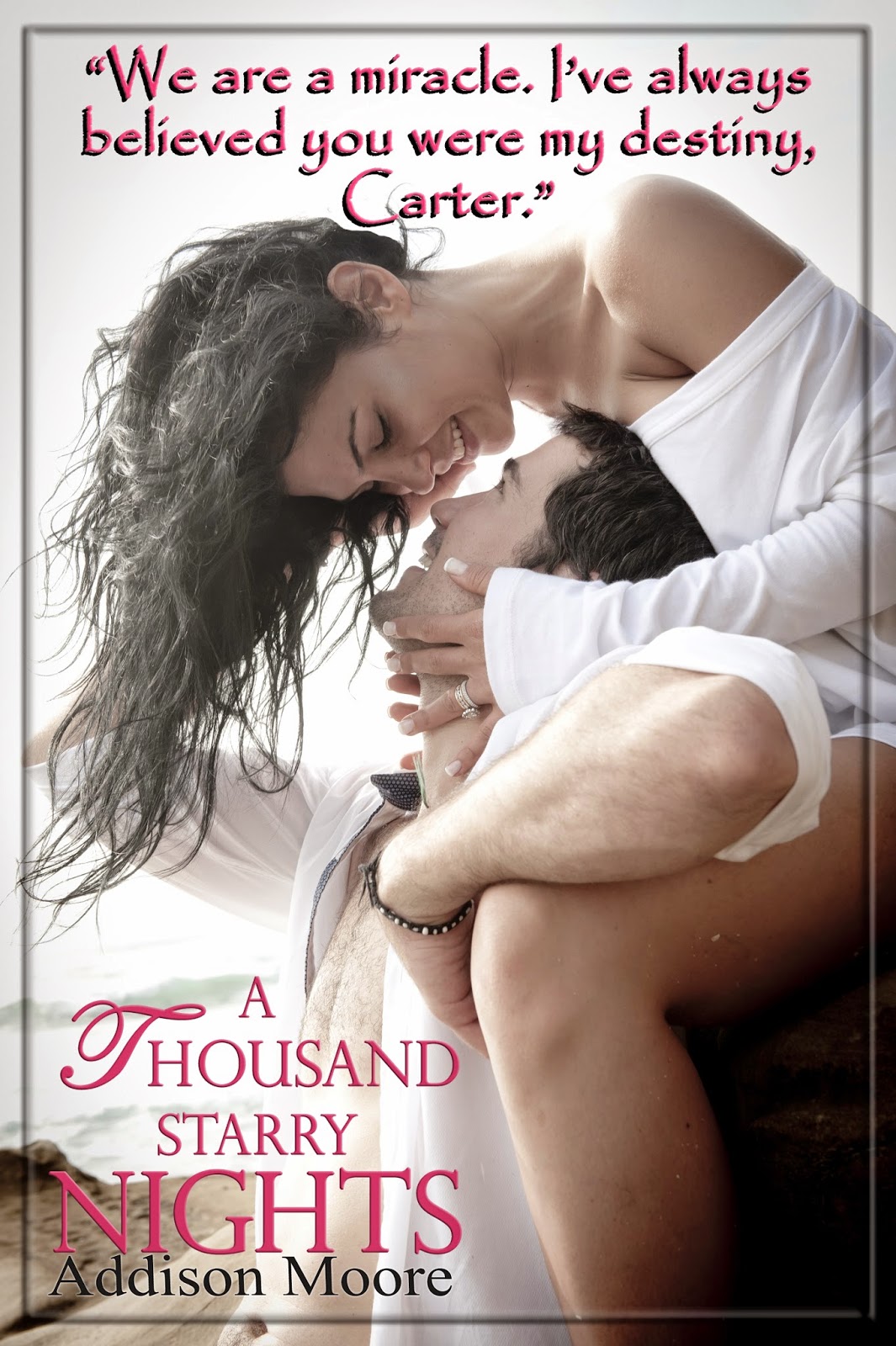 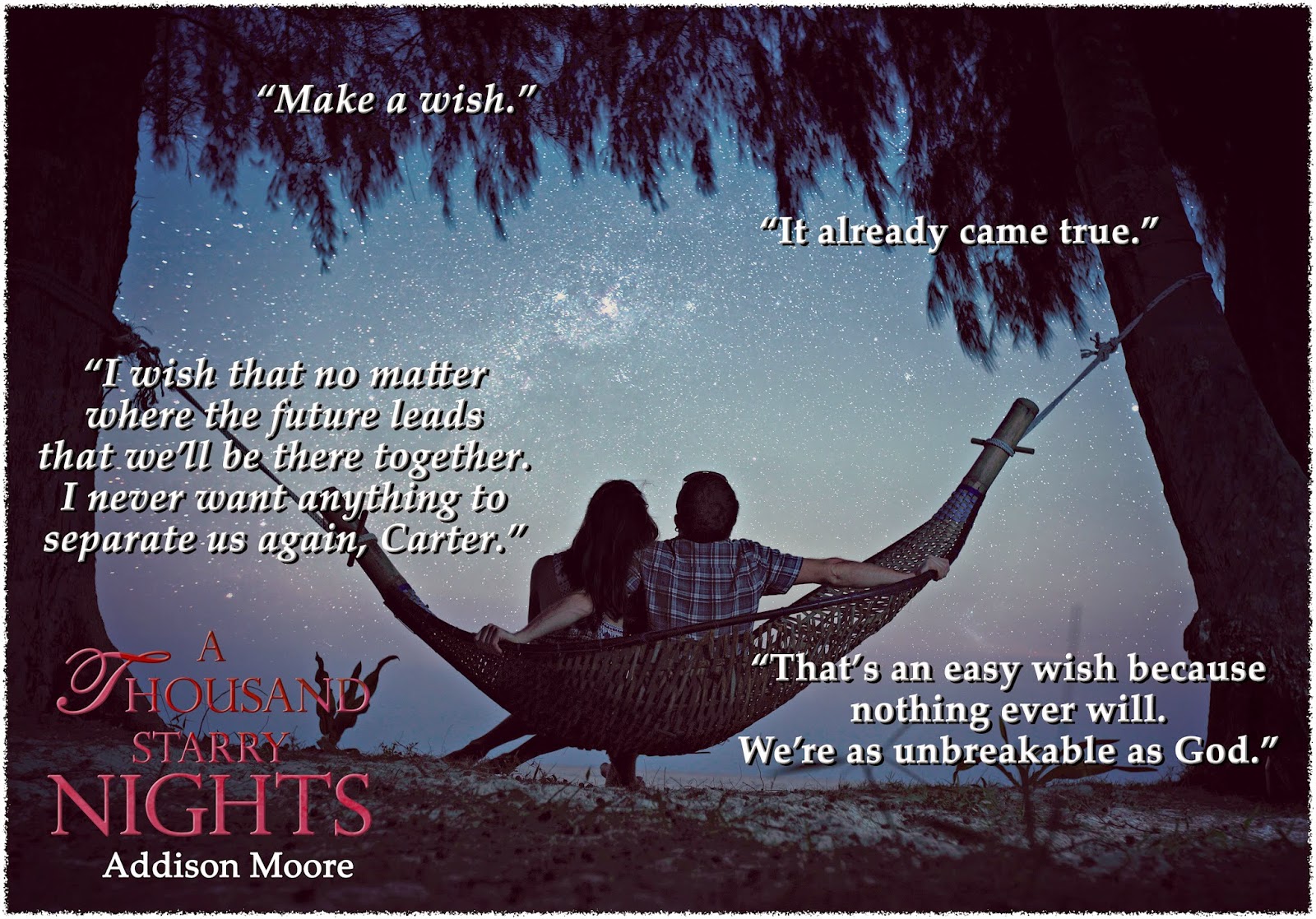 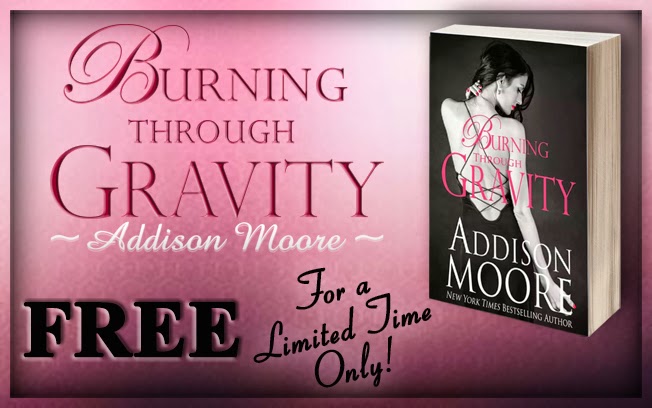 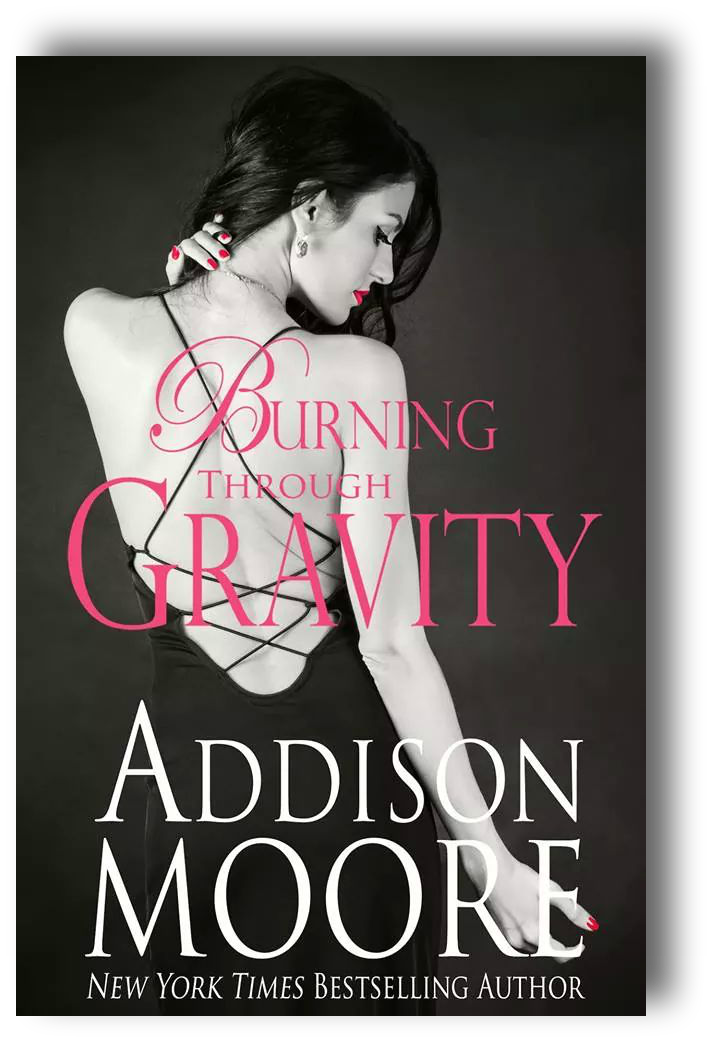 Once they meet, Stevie and Ford explode into one another in a ball of lust, hotter than a July moon. Ford is assertive, dominate and in control, that is until Stevie brings him to his knees. He thinks she’s the most beautiful woman he’s ever met both inside and out. Stevie thinks he’s sweet, and sort of goofy—of course it doesn’t hurt that he drips sex like honey.
Stevie is starting to fall hard for Ford.
And Ford is all in with Stevie.
She wonders if he could ever forgive her for what she’s about to do.
She wonders if she wants him to.

They say love conquers all.
But love never met two liars like Stevie and Ford.

His lie cost her a few sleepless nights.
Her lie will cost him everything. 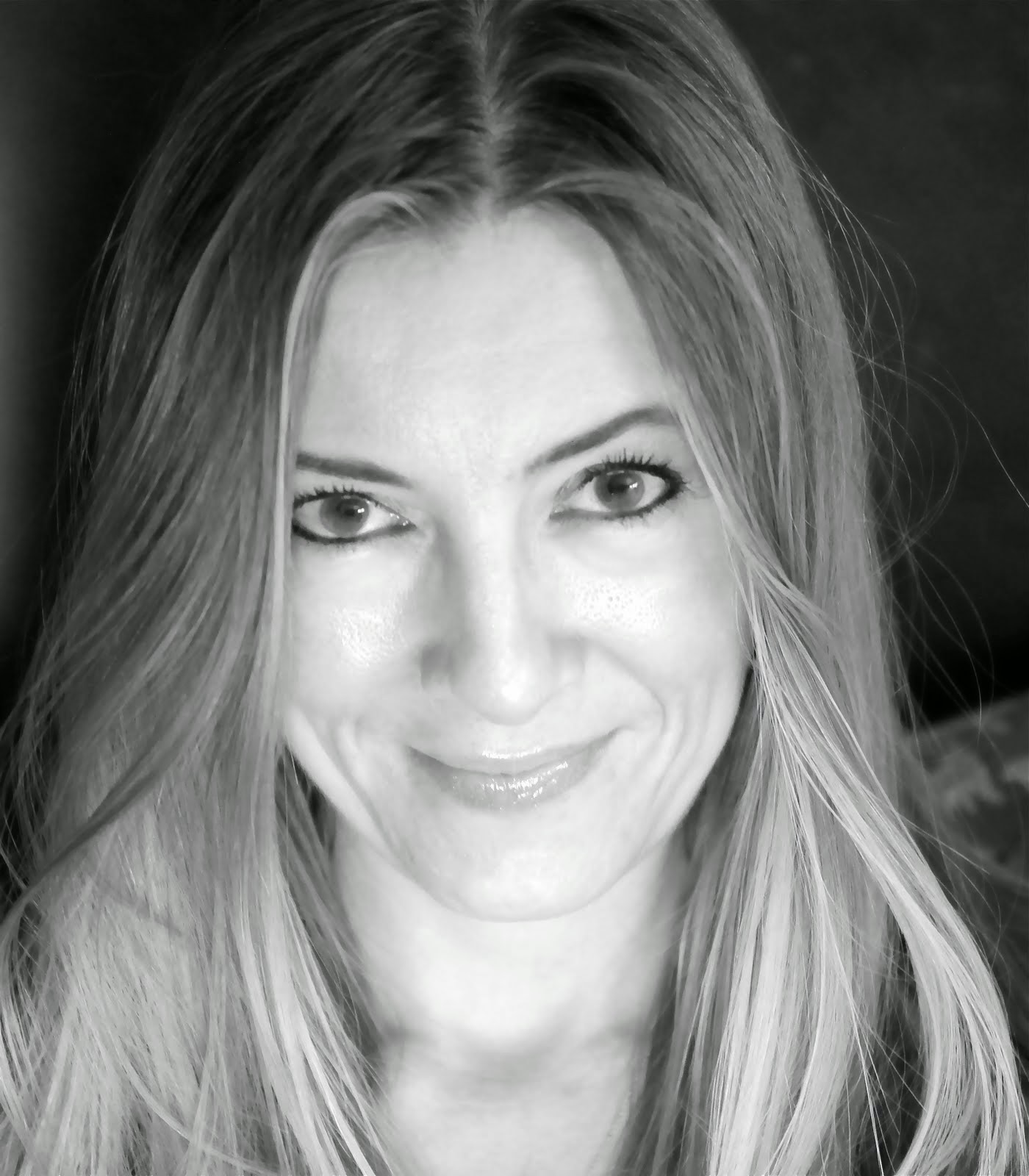 Addison
Moore is a New York Times, USA Today, and Wall Street Journal bestselling
author who writes contemporary and paranormal romance. Her work has been
featured in Cosmopolitan Magazine. Previously she worked as a therapist on a
locked psychiatric unit for nearly a decade. She resides on the West Coast with
her husband, four wonderful children, and two dogs where she eats too much
chocolate and stays up way too late. When she's not writing, she's reading.