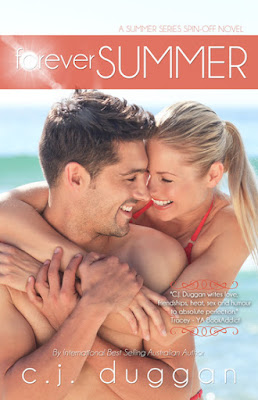 You see there’s this boy.
He makes me smile, forces me to listen, serenades me out of tune and keeps me sane, all the while driving me insane. He's really talented like that. But for the first time in since, well, forever, things are about to change. The question is, how much am I willing to lose in order to potentially have it all? 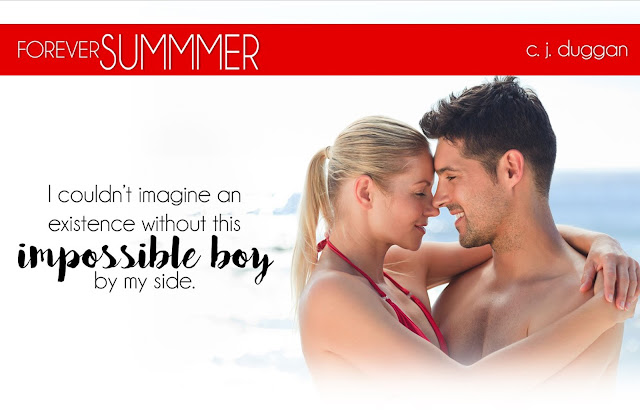 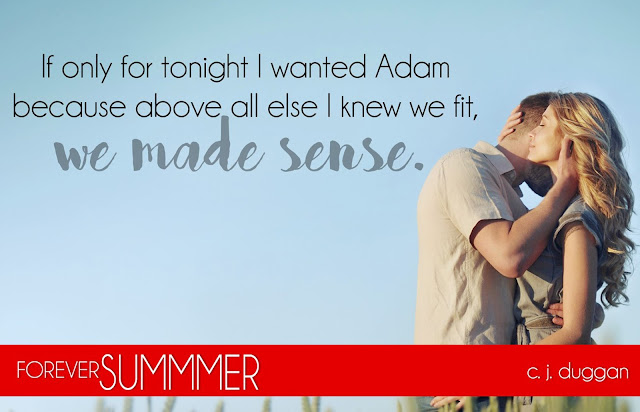 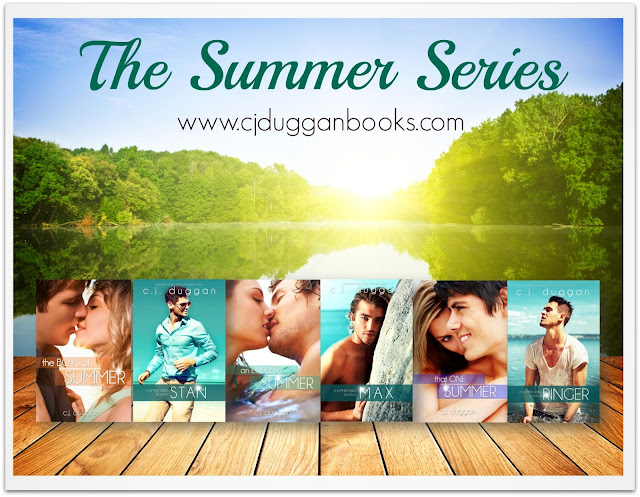 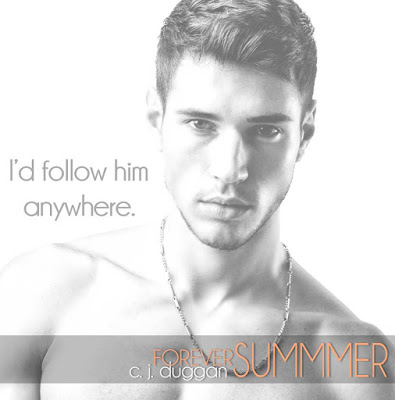 C.J
Duggan is a number one internationally bestselling Australian author of seven
independent titles of her popular New Adult Summer series. In addition to her chart-topping
indie novels, C.J is set to publish two titles with Hachette, Australia with
her brand-new Paradise Series in 2015 (Paradise City and Paradise Road).

C.J lives with her husband in a rural border town of New South Wales,
Australia. When she isn't writing books about swoony boys and 90s pop
culture you will find her renovating her hundred-year-old Victorian homestead
or annoying her local travel agent for a quote to escape the chaos. 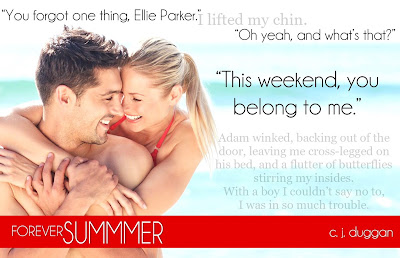 After suffering an unthinkable loss, Abbey Miller and her family move to Leeds to rebuild their lives and start again, but the pain and grief that Abbey carries with her is impossible to escape. As she finds herself becoming increasingly isolated from her family, she develops a firm friendship with Lucy, Nathan and Liam, who introduce her to a brand new and exciting world, far removed from all of her problems. But will her new friends bring her the light hearted relief she has longed for? Or will she find herself getting drawn deep into their dangerous and intoxicating world?

PROLOGUE:
The bright, mid-afternoon sun pours through the open window as the soft, summer breeze makes the trees outside sway together in a gentle dance. Abbey Miller turns her face towards the sunlight and closes her eyes, feeling the warmth on her skin. As the birds sing and the leaves rustle softly in the wind, she allows her thoughts to slowly drift away from her.
“Abbey…?” She reluctantly opens her eyes and returns to the present moment. Sitting across from her is Dr Morris, with a pen resting in her right hand and a clip board balanced in her lap. She watches Abbey curiously, “Writing about your experiences, actually putting them down on paper… it has been proven to be an effective tool when coping with trauma. I feel you might benefit from this… you may find it an easier way to communicate?”
Abbey shifts uncomfortably in the large leather armchair. How can she be blamed for not wanting to ‘communicate’ when she is so aware of Dr Morris assessing her every movement, enthusiastically scribbling down more notes because she rubbed her head or cleared her throat. It’s not that Abbey doesn’t trust her. She is clearly good at her job. The many certificates of achievement and qualifications that are framed and mounted neatly on the wall speak for themselves. She is patient and understanding, as all therapists ought to be. She just doesn’t get the point in being here. What difference is it really going to make? Everything that has happened to Abbey in the past 18 months can’t be changed or altered in any way. She can’t take back all the bad decisions she has made. No, there is no point. In Abbey’s opinion, no amount of ‘communication’ is going to make the slightest bit of difference what so ever. “Would you at least be willing to give it a try? You could write in the form of a story, or perhaps a diary… whatever you find easiest. And then in our sessions we can go through what you have written and discuss it together. Does that sound fair?” Abbey sighs quietly, nodding in response as Dr Morris flashes a brief, reassuring smile and seemingly satisfied, once again begins to add to her notes.
As the sun sets over the beautifully landscaped gardens outside, Abbey sits in her room, staring in frustration at the computer in front of her. It is dark – the only light coming from a small desk lamp that is balanced precariously on a pile of books and CD’s. She watches the cursor flashing at the top of the screen, her mind completely blank. Why on earth did she agree to this? How is she supposed to put her tragic, dysfunctional life into words? She exhales the smoke from her cigarette and twists it into the ash tray, running her hands through her long auburn hair. She looks older than her years. Only 19, yet her pale green eyes reflect the maturity of someone much older, someone who has been through more than the average teenager. Someone, in fact, that has been through more than the average person ever will. Eventually, she reaches for the keyboard, hesitating for a moment before she begins to type…
‘Have you ever taken a step back and looked at your life?
Are you where you expected to be? Or do you often find yourself wondering ‘how the hell did I end up here?’
I seem to be asking that question a lot these days – and as I reflect on the circumstances that led me to this point I still find it hard to believe.
Trinity and All Saints Rehabilitation Centre is somewhere I never expected to end up.’ Fay Louise Darbyshire is a twenty eight year old, first time writer from West Yorkshire. Born and raised in Leeds, Fay finished High School at the age of sixteen and went on to enrol at Leeds College of Art and Design where she studied Media, Film and English. After graduating into the world of full time employment, her passion for writing remained and she spent several years developing film scripts and screen plays in her spare time, until finally deciding to adapt one of her stories into a book in late 2013. Her debut novel ‘Even Angels Fall’ was released at the end of 2014.
When asked recently how she wanted readers to feel whilst reading ‘Even Angels Fall’, Fay replied;
‘I wanted to challenge them and to challenge their opinion on the stereotypes they might have expected to see in this kind of story. I know a lot of reviewers said they felt conflicted. They knew that they shouldn’t really be rooting for the characters in certain parts of the book and that they perhaps shouldn’t be feeling sympathy for them, but knowing deep down that they are good people caught up in a series of awful situations meant they still wanted them to succeed. All of the characters make bad choices throughout the story, but I wanted the reader to understand the reasons behind those choices and the circumstances that lead them there. I wanted them to feel connected to the characters and to feel empathy for what they we’re going through, despite how extreme it may be…’
‘I like characters that are multi-layered and complicated, because that is real to me. They aren’t saints, but they aren’t villains either. It is never that black and white.’
Website / Goodreads / Facebook / Twitter