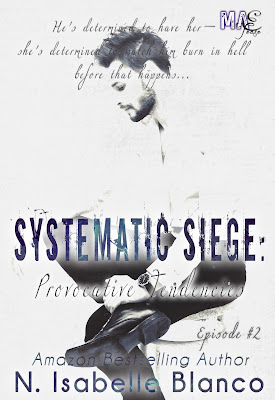 How far are you willing to go for revenge?

Lexi has agreed to enter one cesspit of bullsh*t, just to escape another much worse.

But that’s okay. As a matter of fact, she’s more than ready to deal with the consequences. After all, using one enemy to destroy another is just what she needs to right all the wrongs in her life.

Or so she thought . . . until she hears Andrew Drevlow’s voice and realizes one cruel fact:

She’s not over him.

Are you willing to destroy yourself in the name of payback?

Her path is set. She has no choice but to go through with her plan. She can’t allow herself to be swayed just because she’s still attracted to a man.

The same man that once betrayed her.

The same man that once fooled her and humiliated her for his own entertainment.

He might still set her soul on fire, but that doesn’t matter. She’ll use him.

And when she’s through with him, there will be nothing left of the man he once was.


Disclaimer: Systematic Siege: Provocative Tendencies is a series of short stories, each roughly 10,000-15,000 words long, with an estimated final total of nine episodes for the entire series. 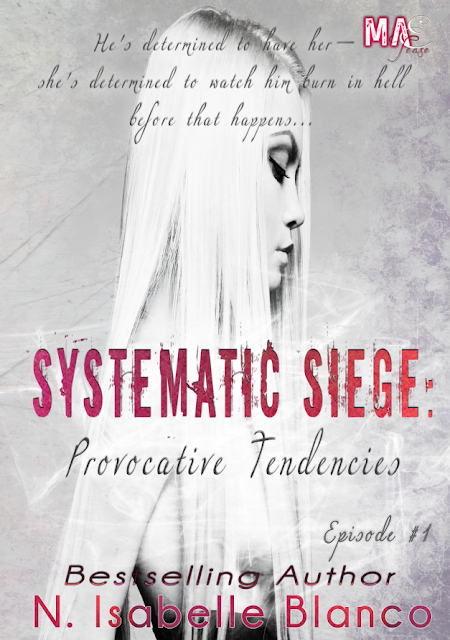 We tend to make it our best friend, our constant shields. A perceived strength; a merciless weakness.

Because, in the face of truth, it flees, abandoning you when you need it most.

I can feel the energy that is him—an energy I was once addicted to, a rush I could never truly forget, and it’s barreling toward me.

In front of me is a long, metallic shelf that’s built into the wall. I went through the trouble of setting up my things on it; my gadgets, a few pictures of my mom.

I’m holding one of those pictures now. Had been staring at it, reminding myself why I agreed to come work here of all places.

It almost falls out of my hand when I hear the pounding footsteps coming closer.

The automatic, steel doors slide open, and I have a split second to lower the frame, inhale, try to fucking compose myself.

Even before I register the sound of his rapid breaths, my knees go weak with sensation.

I haven’t laid eyes on him yet, and I’m completely breathless.

All those years. All that pain. How were they not powerful enough to erase his effect on me?

Don’t let him see. He can’t know. He once used this weakness against me. He thought it’d be funny to play with me, use my feelings for him to lure me in. All so he could seduce me while his friends watched. While they recorded the whole thing.

The next day, they showed off that recording. To the entire school.

That old, buried rage and humiliation howl to life inside me. It’s a much needed reminder.

My body might be a fool, a victim of a glitching, primal biology, but I don’t want the man behind me.

I only want what he can do for me.

And every ounce of pain I can rip out of him along the way.

The thought hardens me, pushing back the ludicrous response I’m having to him.

And nearly stagger back into the shelf behind me.

It’s him. Oh God, it’s Andrew Drevlow. I didn’t allow myself to keep tabs on him all these years. Didn’t look at a single picture.

In many ways, he’s still looks the same.

But no, he doesn’t. He really, really doesn’t.

A man stands before me. One that somehow seems taller. Way, way bigger, and he’d been a tower of muscles at eighteen.

Dressed impeccably in a dark blue suit, he stands there, staring at me, his eyes eating me up.

Like he’s been starved for the sight of me.

A small place inside me trembles.

His facial expression is so harsh. Everything about him is harsher, harder.

A sort of madness glitters in his eyes. It scares me, but only because a part of me awakens for it.

I’ve been walking around dead for so many years, that part of me gone, eradicated by life. One look at him and it roars back to life, banging inside me. A volatile storm I’m not sure I can contain.

I hate him. Hate him, I remind myself. And I do. Regardless of everything else I’m feeling, the hate is still there.

So am I, can barely hide it. The emotions wrestling within me are too different—disgust. Hate. Rage.

Fuck. I still want him?

Looking at him, I know the answer to that loud and clear.

He was everything I ever wanted once. A mountain of a man I was dying to own.

Now, I can barely stand the sight of him.

His reaction to me is messing with my head. Why does he look like it burns him to lay eyes on me? Like all he wants in the world is to come closer?

I swallow, struggling for calm, and finally bring myself to say his name. A name I despise. Another reminder I need. “Mr. Drevlow.”

His expressions twists. There’s no mistaking the agony in his gaze. The agony I hear when he says my name. “Lexi.”

And then he starts coming at me. 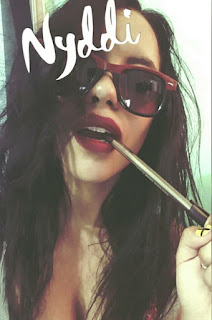 N. Isabelle Blanco was born in Queens, NY (USA). At the age of three, due to an odd fascination with studying her mother’s handwriting, she began to read and write. By the time she’d reached kindergarten, she had an extensive vocabulary and her obsession with words began to bleed into every aspect of her life.

N. Isabelle Blanco spends her days working as an author, web programmer, marketer, and graphic designer. That is when she isn’t handling her “spawn”, as she calls her son, and brainstorming with him about his future career as a comic book illustrator.