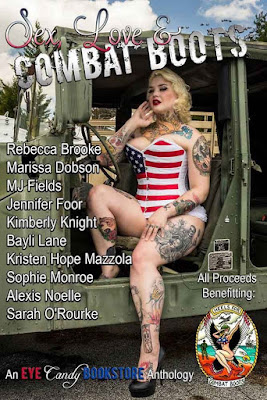 Marissa Dobson — Ace in the Hole

Bayli Lane — What If

Kristen Hope Mazzola — Crashing Back Down 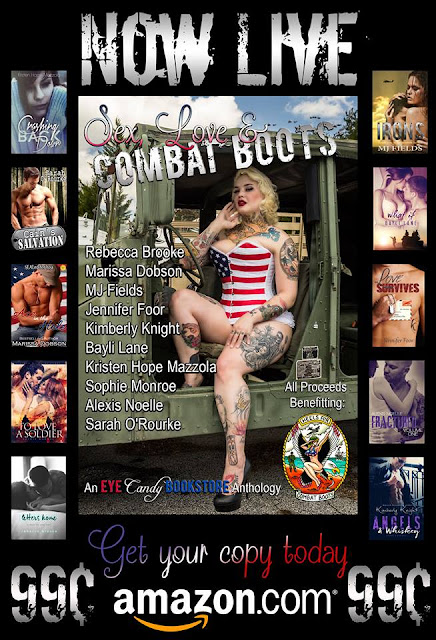 
Life is all about the jigsaw, right? Finding the different puzzle pieces to complete your very own picture. A career you love, a house to make a home, a lover to complete you, and keep you warm at night.

Danielle Renton has a life, and she loves it. A recent law school graduate, she’d been floored when her boyfriend, Nate Lewis, enlisted during their sophomore year of college. At the time, she’d been concerned with what that meant for them as a couple, but in the years that followed, they’d learned to adapt to the logistics of an army relationship.

But when life throws her a curve ball, how will she cope? Can she pick up the pieces and make her picture beautiful again? Or does she realize that, sometimes, the pieces can be too broken to fit back together…

Ace in the Hole by Marissa Dobson


Ace Diamond left behind the woman he loved when he joined the Navy SEALs. For years he focused on his career, risking life and limb on missions for his country. Now home on leave, he must face his past and ask himself if leaving her was a mistake.

At seventeen, Gwyneth London gave her heart away only to have it broken. More than a dozen years later, she decides to embrace her single life and have a child on her own. Ready to start over in her hometown, she doesn’t expect to see the man who still holds her heart, but when he walks back into her life she’s unable to push him away.

Can Gwyneth and Ace claim the life they were supposed to have, or will they let love pass them by?

I was born and bred to be the man I am today. My father and his father were both graduates from The United States Naval Academy in Annapolis. Both went on to become helicopter pilots. Both had seen plenty of action. Both had met and caused devastation. Both men, who I respect more above all, had served and protected the United States and her people honorably for decades.

My best friend, William Cruz, who attended the academy with me, had flown beside me, had lived the same life as I had and shared the same ambitions in life, was gone now. This was not part of the plan. Will and I were supposed to have each other’s backs, support each other and never let anything supersede our bond.

I sat on Norfolk Beach needing to feel close to him on the anniversary of his death. It was a beautiful day in May and I was cutting class. I had done the same every year since he passed.

Jaxson Irons was only supposed to be in Pensacola for a year. But now three years later I still hadn't heard from him. I saw a man running down the beach and I knew immediately who it was.

Jaxson didn't respond the way I had dreamed he would. He told me we would catch up someday soon. I stood and watched until he was gone.

Thump, thump. I placed my hand on my chest as I felt my heart beat again for what felt like the first time in three years. Thump, thump. I felt the blood moving quickly through my body. It’s heat once again present. Thump, thump. I looked up at the sky and let out a breath. A breath that I had been holding forever. Thump, thump.

I felt tears fall down my face as I raised my hands in the air and laughed out loud.


Imagine being in love with the same girl since you were ten years old, only to have her fall for your twin instead. This story is rocky.

It will rip you apart and possibly put you back together again.

I know this because it's my story.

The pain and anguish experienced in this is what it was like to hold onto hope that some day we'd find each other again. I won't sugar coat the details of what I went through to have her, nor will I apologize for any actions that led me right back into her life.

For me, it took some bad experiences, a little fate, and a lot of time.

This book follows Love's Suicide. It can be read by itself as a stand alone.

United States Army Captain Gabriel Hastings knew he would always follow in his grandfather’s footsteps. Serving his country was his destiny.

Until he fell in love…

When Gabe’s love affair is cut short, he turns to whiskey for comfort and swears he will never fall in love again.

Until he bumps into an unexpected angel…

By all appearances, Autumn Jones has the perfect life. Her husband, Richard, is a loving man who wants to be a father to her unborn children. But Autumn knows the truth. Richard has a controlling, dark side that leaves nothing to chance, especially Autumn. He’ll stop at nothing to make her the trophy wife he wants her to be.

When Autumn bumps into Gabe, he consumes her every thought, but she can’t act on her feelings. She’s married to a dark man she can never leave.

When he learns who Autumn’s husband really is, Gabe knows he will stop at nothing to protect her. Or is it too late for him to save his angel?

Angels & Whiskey is part of a series, however, can be read as a standalone book.


What If by Bayli Lane


For some people falling in love was a happy, glowing experience. For Briar Kelly and Arrow Donovan it was more like getting hit by a freight train.

Caring for one another was never an easy feat. They constantly fought to hold their feelings inside, not wanting to jeopardize their friendship. Then, Arrow left for the Marines, and everything changed. Briar was shattered. Arrow was hurt.

While Briar told herself she’d never let another man affect her in such a way, Arrow still remained in the forefront of her mind. For Arrow, his memories of Briar kept him alive in both of his near death experiences. When Arrow’s demons threatened to drag him under, Briar was there, pulling him from the darkness.

"What ifs" keep piling up while resentment and redemption battles continue; will Briar and Arrow be able to find their happily ever after, or will this be one war that Arrow can't win?

THIS IS A STAND-ALONE, Contemporary Romance: Due to language and sexual content, this book is not intended for re
Posted by Unknown at 08:00