Miracle Out of Tragedy 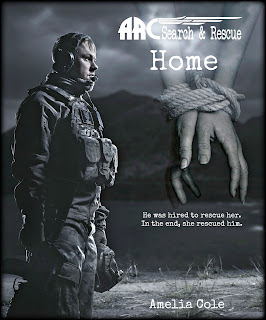 When Malcolm Young moved to New Orleans it was to escape a painful divorce, not to be someone’s guardian angel. From the devastating tragedy of Hurricane Katrina, Arc Industries was born.

Micah Livingston was burnt out. As both the medic and translator for Arc Industries, he’s burning the candle at both ends and on the verge of a breakdown. When he receives a cryptic call in the dead of night, he jumps a plane for Italy and learns that family secrets can burn as well. Fighting the clock and dodging bullets is something he’s prepared for. What he wasn’t prepared for was . . . her.

Something was happening. Rylee wasn’t certain because she didn’t understand what they were saying, but she definitely understood tone and volume. Someone was angry and someone else was trying to cover their butt. Whatever the issue, she tried to be as invisible as possible without being able to see what was going on around her. All hell could be erupting and she’d have no clue with the blindfold on.
The shuffling of feet across dirt caught her ear and she knew they were coming for her again. Every time they grabbed her up off the floor, they wrenched her shoulder out of joint and her restraints cut into her wrists. She knew they must be bleeding at this point, but she’d lost most of the feeling in them unless it was that excruciating pain, so she couldn’t be sure.
Not wanting to be manhandled so roughly, she struggled to her knees in preparation to stand. She heard the door bang open and tried not to jump at the sound. The voice once again yelled at her, but she still didn’t know what he was saying, so she just started to rise. Before she could get her feet under her, a hand connected with her left cheek, sending her crashing back down to her side on the hard floor. The wind was knocked from her lungs and her head hit the packed dirt, causing her ears to ring and the room to spin around her. Then the rough hand grabbed her arm and yanked her to her feet.
Disoriented as she was, Rylee stumbled as she was dragged from the room and fell into what felt like an uneven wooden doorframe. Something sharp dug into her shoulder and she couldn’t hold back a small cry of pain. The hand struck her once more, but she was kept on her feet, propelled forward and out into daylight. She felt the sun’s heat on her skin, could see a slight bleariness of it through the thick weave of her blindfold. The dry breeze caught wisps of hair around her neck and played with them against her grimy, sweaty skin.
In a sudden moment of panicked clarity, she realized that they were moving her somewhere else. If that happened then the people she was certain her father had looking for her wouldn’t know where she was. If they couldn’t find her then they couldn’t rescue her. And if no one was coming to her rescue then she knew she was as good as dead.
Slamming on the brakes, Rylee dug in her heels and tried like hell to slow down their forward progress. She twisted and pulled against the hand wrapped around her upper arm, ignoring the slicing pain it caused her wrists. When he tried to yank her along with him again, she fought even harder.
The next thing she knew, another set of hands was lifting her off her feet and she was being forcibly shoved into a vehicle that smelled very much like the van that had brought her to this hellhole. That rancid stench was far worse than the odor of fear that had kept her company in her cell. But she refused to be taken as quietly as she had been when they snatched her the first time. She opened her mouth and screamed bloody freaking murder with all her might.
And then the rough hand turned into a hard fist and what spotted light she could see went completely out.

Amelia Cole was born and raised in southern Maine, but now lives with her family in Massachusetts. She has been writing since she could string words into sentences, and spent many years kicking around the book store where her mother worked when she was young. Many of her characters are pulled from people she knows or has come in contact with, as she is surrounded by some colorful souls. For her, words are life. Whether it was writing angst-filled poems in her formative years or working for a highly reputable layout and design company in Maine, Amelia has always been surround by writing and books. Now she balances that love with track meets and preschool, but has instilled this same love of reading in her children.