Heartbroken, grief-stricken, and wracked with guilt, seventeen-year-old Evan Taylor returned to the Union, leaving behind the boy she loved.

Now, she and her friends must find a way to do the impossible – warn the citizens of the Union about an impending rebel attack without alerting the government and risking retaliation against her friends in the Ruins.

When every move Evan makes is thwarted, it soon becomes clear she's being watched. Faced with a daily fight to stay one step ahead of her pursuers, she returns to the Ruins. But life in the Ruins has its own dangers, and soon she’s fighting a different battle – to stay alive long enough to discover the truth.

THE RUINS is the second book in THE UNION series, a young adult romantic adventure set in the near future.

The scents of honeysuckle and fresh-cut grass float on a late summer night breeze. I stare up at clouds from the chaise lounge on the balcony. A thick marine layer inched its way in from the coast hours ago, blanketing the sky and obscuring the stars I was hoping to see. With the moon hidden and the Union lights off for the night, darkness envelopes me.

Grief, guilt, heartbreak, fear, loss, and abandonment swirl in my head, creating a vortex of pain and confusion keeping me awake. Three days ago I was planning a future with the boy I love. Cyrus was going to come back with me. We were going to figure out a way to warn the Union or stop an attack on it. Together. Now his brother is dead, and Cyrus stayed behind, unable to ignore his sense of duty, unwilling to abandon those who needed him most.

Over the soft murmuring of desalinated ocean water burbling through the aqueduct on its way to homes throughout the Province, I hear the door slide open behind me. I sit up as my bio-dad, Eddie, walks out and sits next to me. “Can’t sleep?”

He shakes his head, his wavy, cinnamon-colored hair sweeping his shoulders. “My grandmother used to say if you can’t sleep, it means you’re awake in someone else’s dreams.”

That’s a comforting sentiment. Is Cyrus dreaming about me now? Or is he like me, too afraid of the nightmares to close his eyes?

Eddie presses his lips together and studies me for several long seconds. “Are you ready to tell me where you really were all summer?”

His question catches me off guard. I thought he bought my story, the one I told him when I came back. The one Lisa fed him while I was in the Ruins. Posing as me, she texted my mom and Eddie from my tablet with regular updates on our fake adventures sailing off the southeastern coast. When I first showed up here yesterday afternoon, he didn’t seem to care where I’d been or what I’d been up to, only that I was here at all. I’m definitely not ready to have this conversation with him.

“I don’t know, are you ready to tell me where you were for the first twelve years of my life?”

He shifts his weight on the chaise next to me and sighs. “I’m not sure how many times I can apologize.”

“You think another ‘I’m sorry’ is going to fix everything?”

“You weren’t a lousy father, you weren’t any kind of father at all. You were non-existent.”

He rubs his palms on his thighs and stands. “You’re welcome to stay here as long as you’d like, but you might want to ratchet the anger down a few notches.” He moves toward the door before turning back. “You’re going to have to forgive me some day.”

I raise my head and turn toward his dark silhouette. “Why? You think sending me a ticket and letting me hang out with your new kids makes up for everything?”

“No,” he says quietly, “because hanging on to all that resentment isn’t healthy.” He walks back into the house, sliding the door closed behind him.

With a heavy sigh, I fall on my back and stare back up into the blackness. Seriously? After being nothing to me for three-quarters of my life, where does he get off being all parental right now? 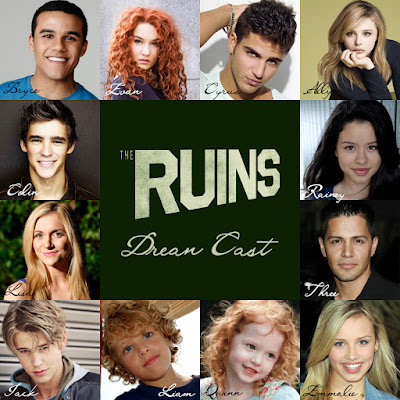 When not visiting the imaginary worlds inside my head, I live in San Diego, California, with one husband, three children, two cats, and one dog. In addition to my day job as a technical writer and editor, I write young adult fiction. I love the intensity of teen emotions and the way they're still figuring out life. When I'm not writing, you can find me with my nose in a book, hanging out with family and friends, hiking, or knitting. I'm obsessed with Facebook, young adult novels, bad lip reading videos, pumpkin spice lattes, microbrewed beers, and the San Diego Chargers.