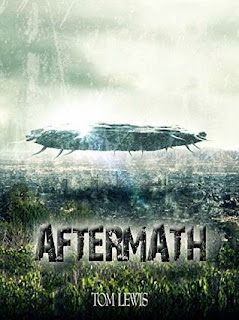 Synopsis:
The end of the world came fast. Between the time the warning had sounded on the TV, till when 16-year-old Paige O’Connor awakened sometime later, civilization had been crushed.
The attacks had come by “them” – those things in the ships in the sky that had appeared suddenly, and without warning.
And as Paige would soon discover, the attacks had only been the beginning.
Aftermath is the first book in the new After the Fall dystopian action series, which follows a young girl’s struggle for survival in the wake of civilization’s collapse, and humanity’s domination by an alien race of beings.

Tell us about your debut novel:
The book’s called “Aftermath”.  It’s a fast-paced, dystopian sci fi actioner that follows a teenage girl’s struggles for survival in the increasingly hostile wake of civilization’s collapse, and humanity’s domination by an alien race of beings.  I’m calling it a “Hunger Games” with aliens.

“Aftermath” is the first novel in the “After the Fall” dystopian series, which will follow my heroine, Paige, and the remnants of humanity in their efforts to both survive, and reclaim our world.

How did you get into writing?
I started writing screenplays in 1999, and had my first screenplay optioned that year.  I followed that up with several other screenplays, a few of which were optioned by production companies and ended up getting me hired for writing assignments.  Two of those scripts were made into movies which I produced and directed.  The first of those movies was picked up by Lionsgate for distribution, and we’re in negotiations with distributors on the second film, a spooky ghost story called “The Chanel”.  It’s about a teenage girl, who after surviving a near-death experience in a car crash, finds herself haunted by a shadowy figure she sees from the corner of her eye – something that followed her back from the other side of death.

You’re also an attorney?
Yes.  I practice entertainment law from my office in Santa Monica.  My clients are mainly producers, so that’s helped with getting my screenplays out there.  Before that, I served in the Marines.

Where did your interest in post-apocalyptic and dystopian fiction come from?
My first exposure to the dystopian genre came about 4 years ago, when I was negotiating movie rights to a best-selling novel for one of my clients.  I read that novel, and then read the “Hunger Games” trilogy, and then I was hooked.  Dystopian, YA, NA, sci fi action, survival, and post-apocalyptic stories are far and away my favorites.

Where did the inspiration for Aftermath come from?
I came up with the idea for Aftermath about a year ago.  I was searching Amazon for something post-apocalyptic and dystopian, but with ordinary people thrown into that upside-down world. Most of the books I was finding had either elite commandos, or the threat wasn’t big enough, or there just wasn’t enough action, thrills, or scares.  So basically I wrote Aftermath as the story I wanted to read.  I originally started drafting it as a screenplay, but then I saw the potential of it as a series of novels.  The story is epic in scope – it follows the survivors through the end of civilization, and its conquest by this alien race.  And by doing it through novels, I wasn’t limited to budget considerations you have when writing screenplays.  But I did have the fun of shooting the trailer I made for the book.  You can see that trailer here:  https://vimeo.com/124008432

What's next for you?
I’m about halfway finished with the second installment in the series, and hope to publish it later this summer.  The working title is “The Whisperers.”

About Tom Lewis
Tom Lewis grew up in Phoenix, Arizona, where his family still resides.  He served in the Marines, before returning to Arizona, where he attended Arizona State University, receiving his BS in Business Management.  After ASU, he moved to San Diego, where he attended law school at the University of San Diego.  He graduated in 1996, and was admitted to the State Bar of California the same year.  Shortly after that, he moved to Santa Monica, where he practices law as an entertainment attorney.

When he’s not writing, or handling the legal work for his clients’ films, Tom enjoys working out, hanging out at the beach, bike riding, reading, and movies. 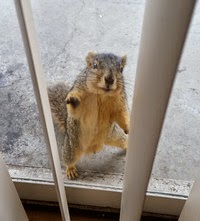 Tom Lewis served in the United States Marines, before attending college, and then law school. He currently practices entertainment law from his office in Santa Monica, California.

Mr. Lewis has written and sold several screenplays, and is currently in post-production on a motion picture he wrote, directed, and produced.

His novel, "Aftermath," is loosely based on one of his screenplays. In writing "Aftermath," his goal was to take his readers through a post-apocalyptic America, where civilization had been crushed in an alien attack. The reader is taken on this journey through the eyes of his protagonist, 16-year-old Paige O'Connor, and encounters this hostile new world as she does.

"Aftermath" is the first book in the "After the Fall Dystopian Series," which will continue to chronicle the adventures of Paige and the remnants of humanity in their struggle to survive, and ultimately reclaim our planet from the invaders.